Backflow at an agricultural premise 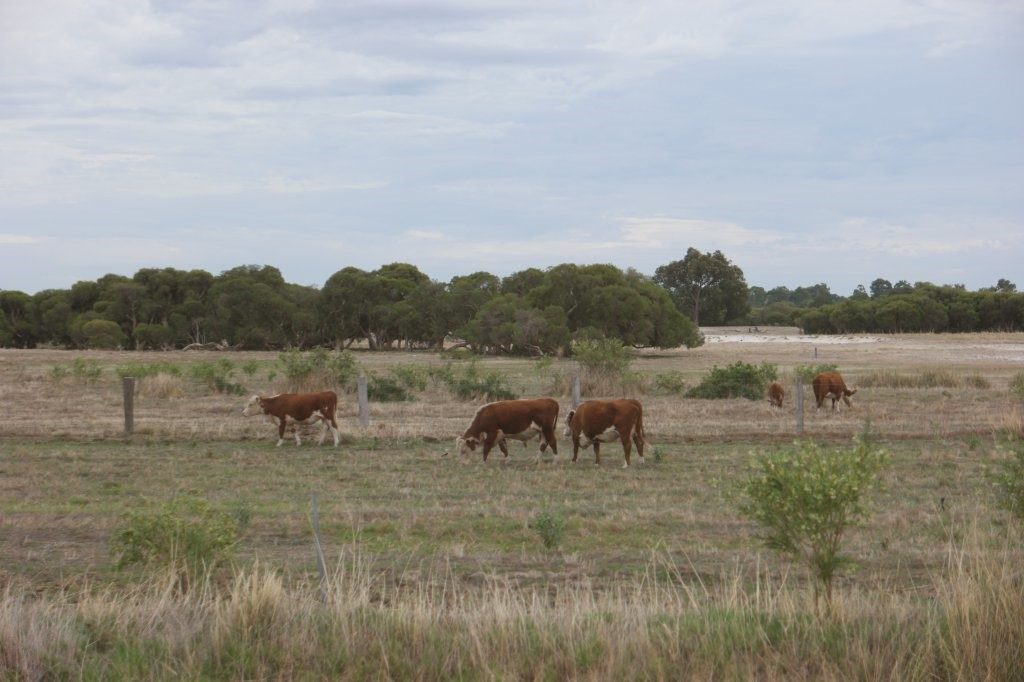 Fortunately this situation did not result in any serious injury or death.

Backflow at a beverage bottling plant 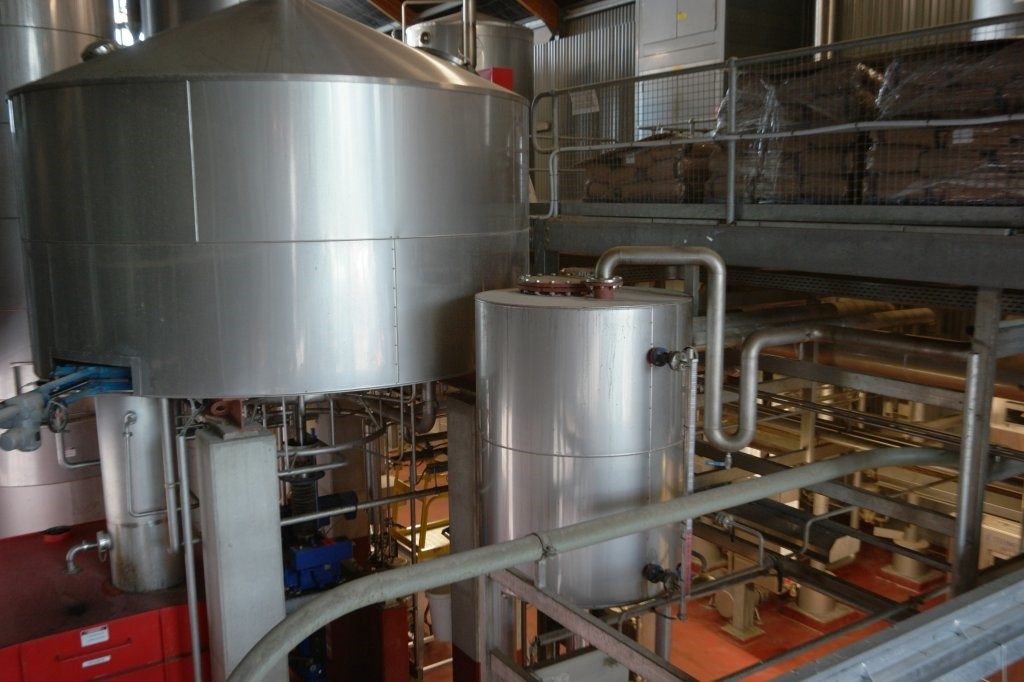 On December 31, 1987, the Spokane, Washington, water department were advised about air in the water and directed crews to the site to flush the water mains. Following examination, the water department found that a compressor at a soft drink bottling plant had inserted air into the public water system.

Personnel at the bottling plant said that a potable water line into a shop area froze often during winter and that they used compressed air to correct the line. Workers normally closed isolating valves before attempting to correct the line, but they overlooked closing the valves this time. As a result, a large amount of air was inserted into the public water system.

The water department installed a reduced-pressure principle backflow prevention assembly at the bottling plant to prevent recurrence of the problem.

Backflow at a car wash facility 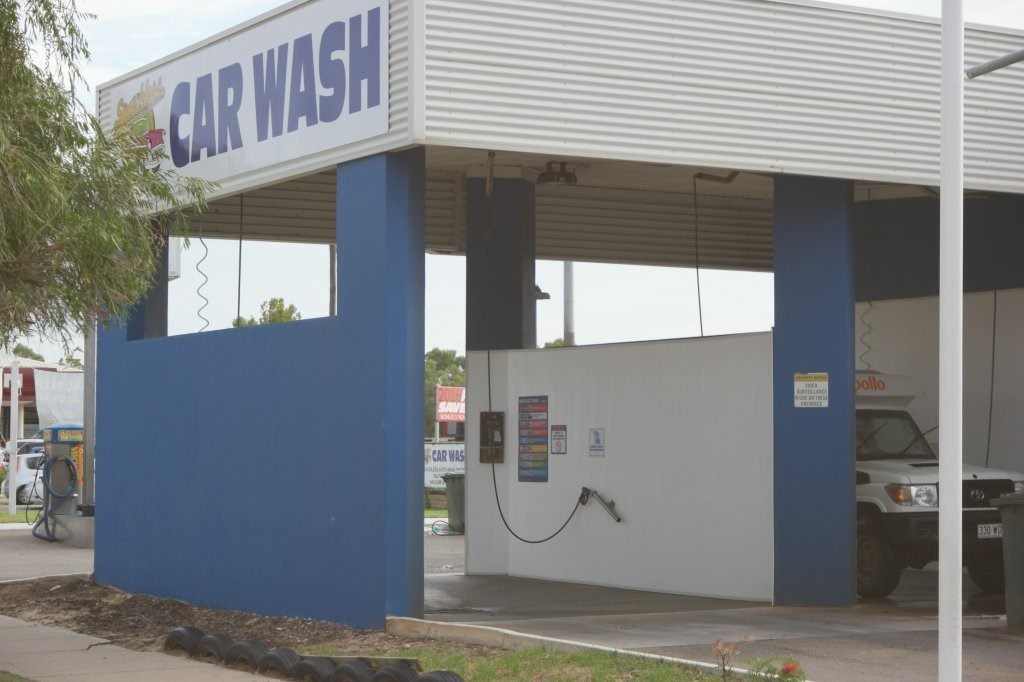 On February 1979 residents in US district noticed ‘grey-green and slippery,’ muddy’ or soapy’ water present in the water supply.  A resident contacted and brought it to the attention of the local water corporation as well as supplied samples for testing.  Initial analysis of the water samples revealed a detergent solution was present. The water corporation dispatched a backflow prevention crew to investigate and flush the mains water supply around the areas where the residents had reported the detergent solution presence.

An investigation team traced the main back to a car wash facility and revealed the recycled wash rinse water at the car wash had contaminated the public drinking water via back flowing into the main supply two days prior to the report.

A high pressure pump at the carwash facility had required some repairs the pump reused recycled wash water in the first stage of the wash cycle and was not part of the normal connection to the mains water system.

After the pump stopped working one of the workers connected a temporary supply to the car wash via a 50mm hose between the first rinse section of the car wash and the main water supply which enabled the car wash to continue to run two days after this cross connection.  The owner of the car wash facility replaced the original pump and turned the pump on, however the maintenance crew failed to recognise the hose connected between the first rinse section and main water supply which resulted in a cross connection.  Unaware the workers at the car wash turned the high pressure pump on and forced the recycled rinse water which was now at a higher pressure than the main supply back down the main water system and exited the property back into the street mains.  This in turn flowed into residential properties and other establishments in the surrounding area.

Three days later a worker at the car wash facility was using the bathroom and noticed a soapy presence in the water at the basin and contacted the maintenance crew of the car wash who quickly realised that the 50mm hose was creating a cross connection and removed the hose from the prewash section and the mains water supply.

The water corporations investigation unit had found the car wash had stopped the cross connection which enabled the water corporations workers to flush the mains water supply to the impacted area and testing was conducted to ensure the water was safe to drink.   They also instructed the car wash owner to install a reduced pressure zone device at the boundary to prevent backflow from occurring from the carwash in the future.  The owner complied within 24hours.  This incident resulted in two residents reporting sickness to the local health department however it was never confirmed to be a result of the carwash.

Backflow at a chemical plant 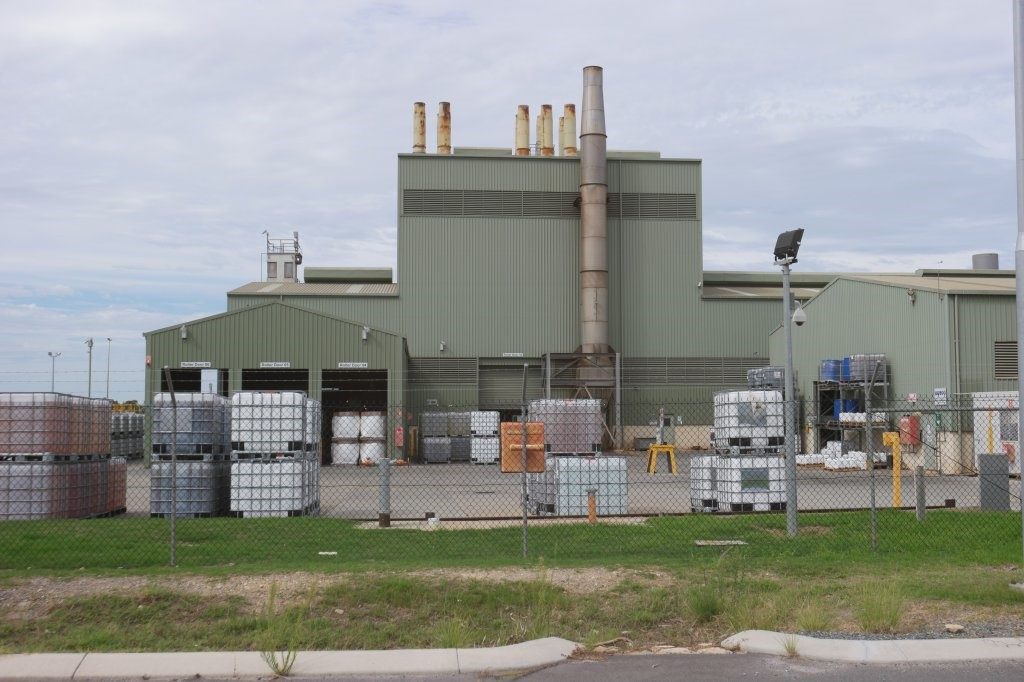 In October, 1986, a 200mm diameter water main a towns mains water supply was receiving maintenance work.  Whilst this work was being conducted one of the water corporation workers suffered leg burns from a contaminant which was unidentified in the water supply and was rushed to medical assistance.

That night and the next morning the water corporation received several phone calls from nearby residents which were connected to the mains water supply where the work was carried out.  Various reports of burning throats and mouths after drinking the water as well as one person reporting tiny red blisters after showering.  These residents were rushed to emergency and receive medical aid.  The water corporation closed the mains water supply to the nearby area and commenced an investigation.  It resulted in a chemical known as Sodium hydroxide, being back flowed into the mains water supply from nearby chemical plant.

Approximately 60 homes in the surrounding area of where the maintenance was being carried out were contaminated by pH levels as high as 13 in some areas.  Water authority flushed the mains in affected areas as well as door knocked individual houses to flush their lines to ensure all the sodium hydroxide was removed.

Backflow at a surgery 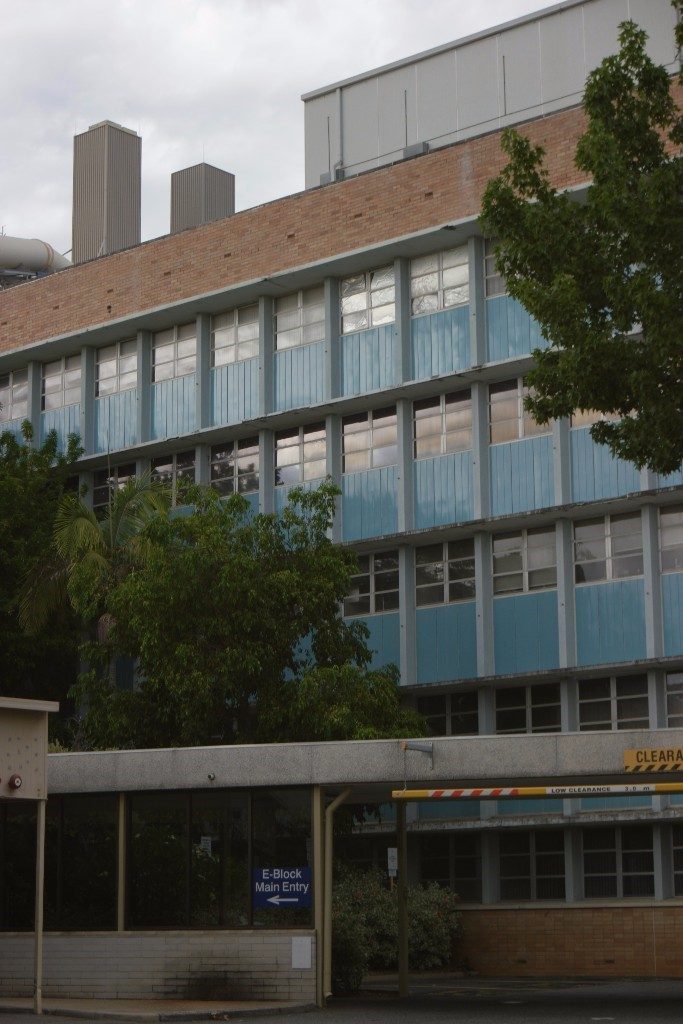 In November 1993, an issue was received by the water corporation from a surgery.  The staff at the surgery were complaining about a strange bitter and chemical smell in the water.  Following a review, it was discovered that chemicals from a mixer used in an x-ray development had back flowed into the surgery’s drinkable water system.

A chemical used to develop x-rays at the surgery was combined with the water.  The water was added to the process via a hose connected to the tap which was accidently submerged by a worker at the surgery and the end of the hose was submerged in the chemicals creating a cross contamination.  There was no backflow prevention devices installed on the hose tap which were a requirement under the codes.  When the building was originally built, these devices were installed however at some point someone had removed the device over the years of operation at the surgery.

Two days before the issue was raised with the water corporation, the main water supply in the area where the surgery was located was interrupted due to a 150mm water main bursting.  The affected area was repaired after surgery hours to avoid an interruption to the water supply whilst in operation.  A negative pressure was found to be the cause of the backsiphonige of the chemicals in the x-ray development through the hose to the mains water supply.

Backflow at a high school 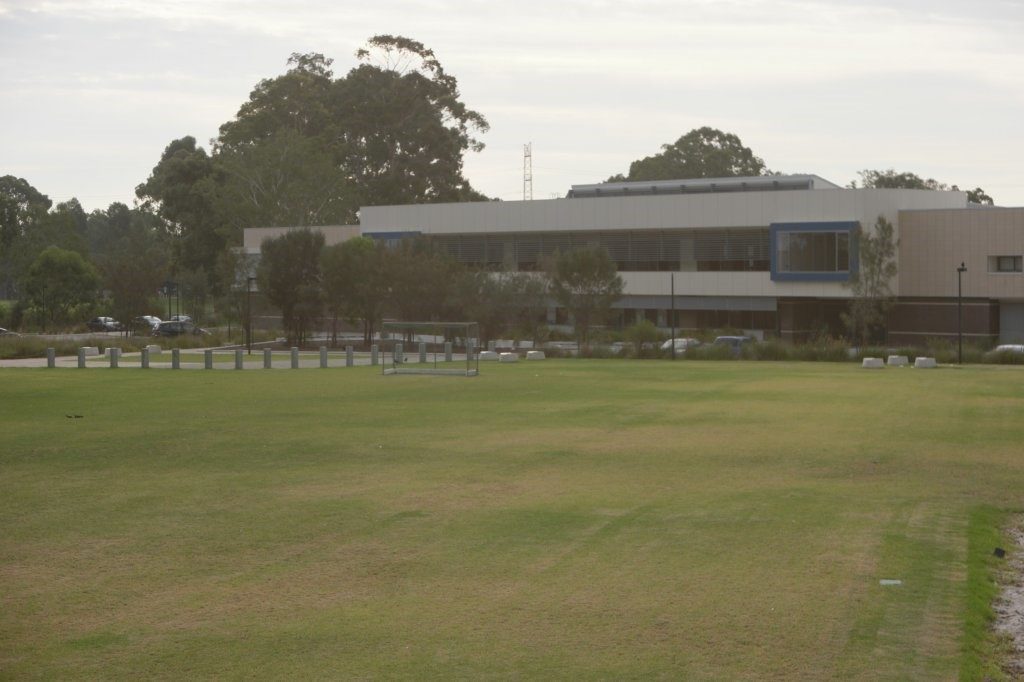 In January 1990, human error and a faulty water system resulted in a cross connection allowing antifreeze to enter the drinking water of the high school.  The backflow incident sent 8 high school students to the emergency department.

A Backflow Prevention specialist working with plumbing contractors repaired and cleaned the water system which missed the drinking water with the antifreeze from an overhead reservoir tank. A backflow inspector from the local water supply narrowed the incident down to somebody leaving a hand valve open.  The valve was adversely opened during a routine system check.  The backflow inspector said, regardless the mechanical backup system should have separated the two systems water and antifreeze which is connected to the header tank.  It appears that a design fault in the plumbing system was never a backflow prevention device between the header tank and the drinking water supply which would have prevented mixing between the two systems.
This backflow incident resulted in the 8 high school students being treated for ethylene glycol poisoning.  They were later released and blood tests confirmed no antifreeze was in their blood stream.  This resulted in all schools being built around the same period of time were checked to see if backflow prevention devices and correct plumbing installations had been adhered to.

Backflow at a shipyard 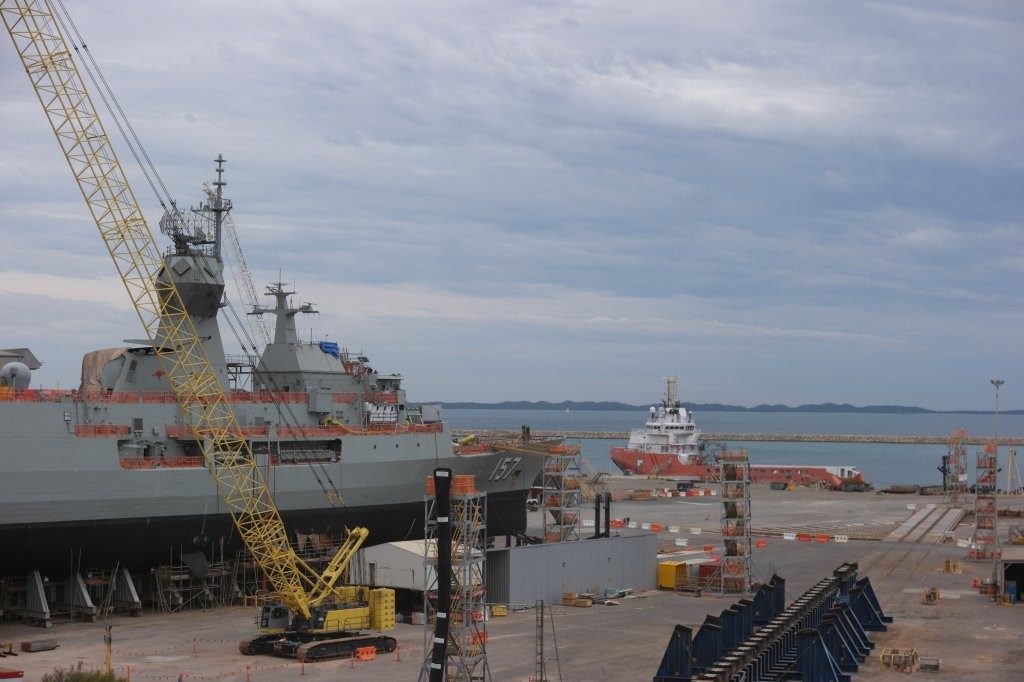 January 1998, a global fast food restaurant in a wharf district complained to the local water department that all their drinks were being rejected by their customers.  Customers complained that the drinks tasted salty.  The local water department inspected the water entering the fast food restaurant for possible cross connection but found none.  Local water authority then sent a backflow prevention specialist to check with adjacent customers and received another salty water complaint from the shipyard which used the same main’s water supply pipe as the fast food restaurant.  The backflow prevention inspector promptly conducted an inspection of the shipyards internal water pipework and discovered a cross connection that allowed seawater to backflow into the city’s drinking water supply system.  This cross connection in the shipyard was the result of a high pressure fire protection system supplied by sea water.  The sea water was delivered to the hydrant through a diesel pump which utilised drinking water to prime the pump.  The line connected directly to the high pressure diesel fire protection pump. Workers inadvertently left this prime line open.  While they were pressurising their internal hydrant system which utilised salt water, the higher pressure from the hydrant system back flowed salt water into the drinking local water supply system.  The shipyard corrected the problem by installing a backflow prevention device in the primer line of the pump to prevent cross connection from happening in the future.  There was no health issues incurred as this was luckily only salt water.

Backflow at a refinery 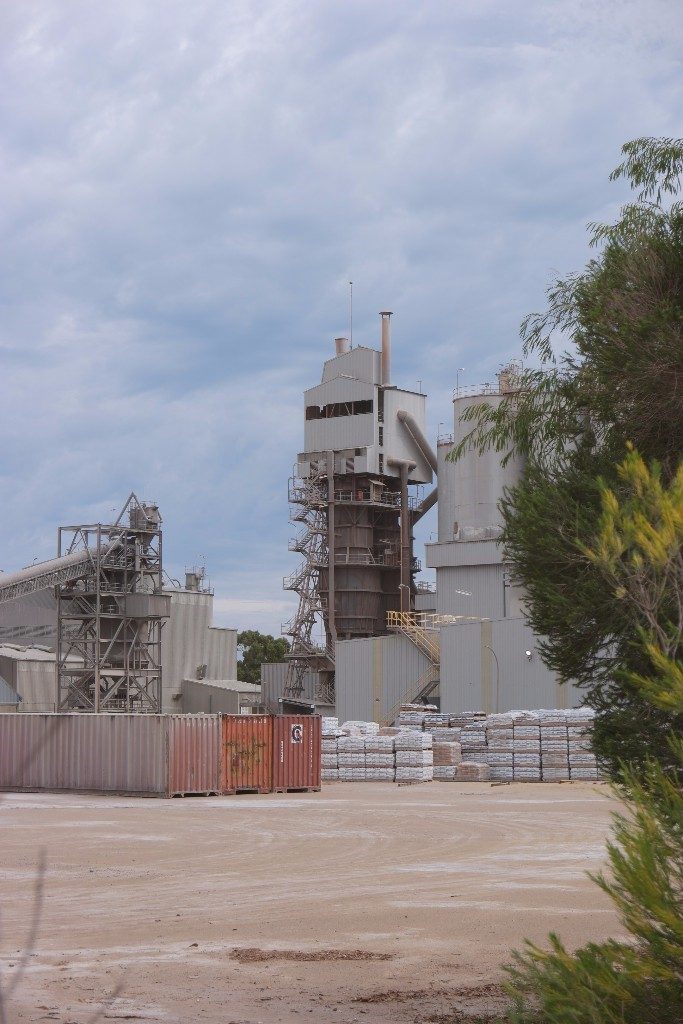